The Rootshell Security team have discovered a flaw in Dekart Private Disk; a hard disk encryption software for Windows sold by Dekart, an IT security software company.

The flaw, which seems to affect every version of Dekart Private Disk, occurs when a local user or program sends an input/output control (IOCTL) request to the kernel driver. This can cause the driver to dereference arbitrary memory, which has the potential to crash the system with a BSOD (the dreaded ‘Blue Screen of Death’).

The root cause of the issue is in validating the buffer sent from the user to the kernel driver. The software seeks to validate that the request has come from the userland components of the implementation (i.e. the code that runs outside of the kernel), by comparing the first 4 bytes of the request against a constant (magic) value.

However, this check is performed prior to accessing and validating the code from the IOCTL request, meaning the 8 byte flag is read from the Type3 pointer. Therefore, should the IOCTL code be METHOD_NEITHER, the pointer could reference invalid or un-paged memory and cause the driver to page-fault. This is shown below. 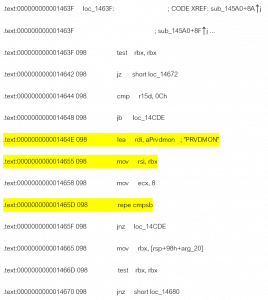 The Rootshell team have created a simple proof-of-concept (PoC) to demonstrate the issue, which will crash any affected system. 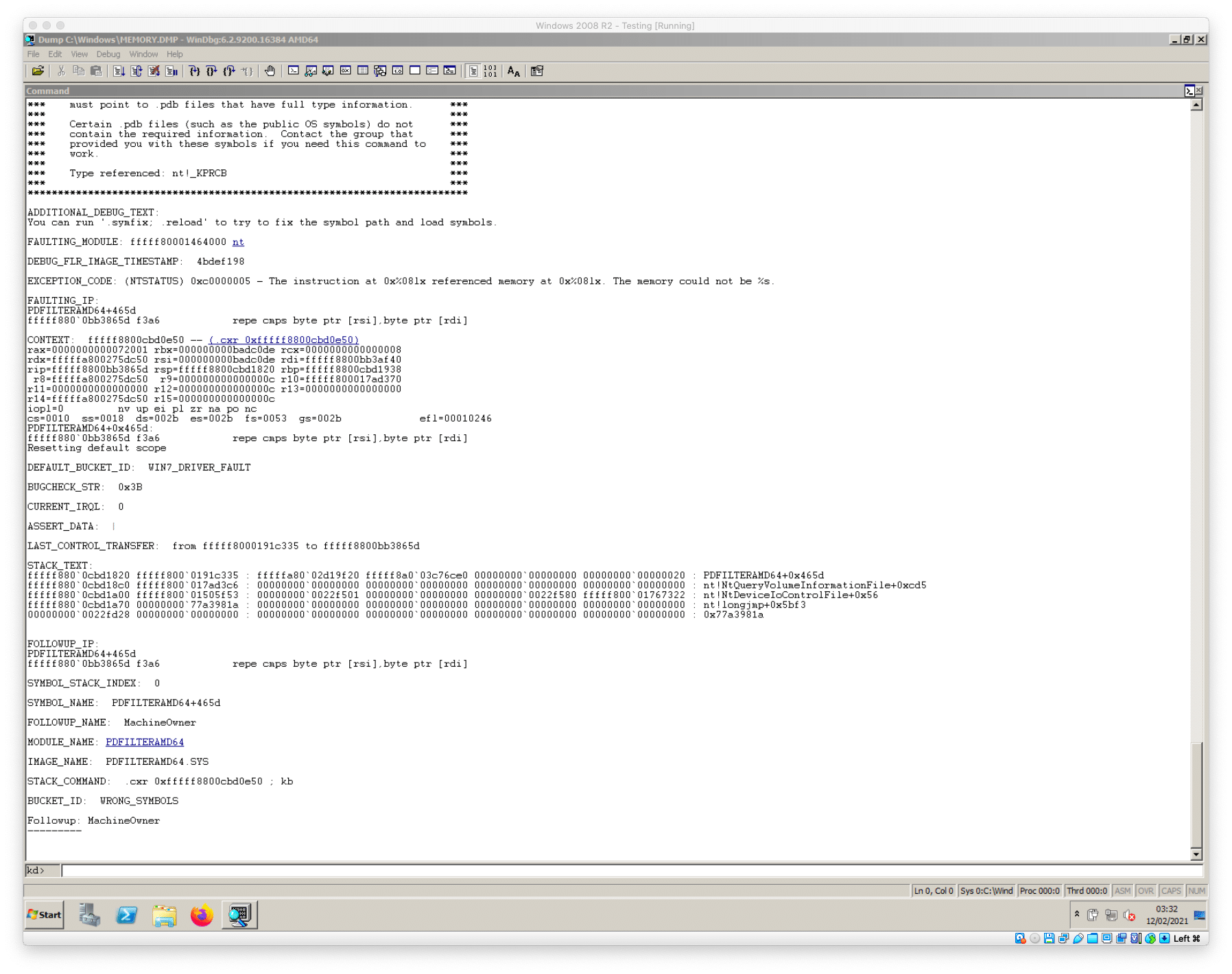 In line with our Bug Release Terms, we informed Dekart of the vulnerability and gave 90 days of notice before disclosing it. Further disclosures in the same products are yet to be submitted, but since the issue is limited to a Denial of Service (DoS), the severity of the release is limited and doesn’t pose security risks to the user.

Led by Rootshell’s Head of Research and Development, Dr Neil Kettle, our research ensures we continue to play an important role in encouraging vendors to implement best practice software development for the benefit and protection of users.

Page load link
We use cookies on our website to give you the most relevant experience by remembering your preferences and repeat visits. By clicking “Accept All”, you consent to the use of ALL the cookies.
<a id="wt-cli-accept-all-btn" role='button' data-cli_action="accept_all" class="wt-cli-element medium cli-p