ntlm_theft: A Tool For File Based Forced ntlm Hash Disclosure

ntlm_theft: A Tool For File Based Forced ntlm Hash Disclosure

Note: This is a cross post from Jacob’s personal site: The Greenwolf Security Blog 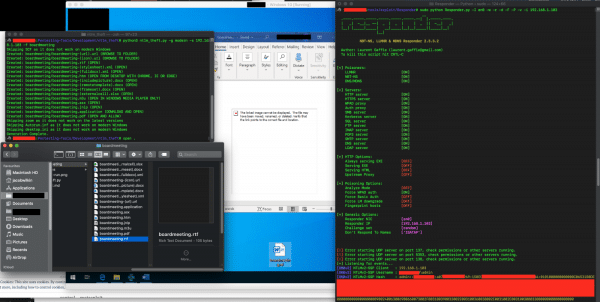 Greetings fellow security enthusiast! Today I want to introduce you to a new security tool I’ve written called ntlm_theft, which is now available on GitHub. It’s a tool which generates a number of known filetypes (18 at time of writing), which can be used by an attacker to trick users into disclosing their NetNTLMv2 hashes.

In this post I’m going to briefly walk through the 4 interaction types that make up hash disclosure attacks, cover why I think this tool was needed, provide you with some use cases for it to up your security testing and cover some mitigations for these types of attack.

NTLMv2 hash theft is not a new vulnerability, it has been around for more than 20 years. When a Windows user attempts to connect to a SMB server, if the server asks for authentication, the client will automatically provide it unless specifically restricted. The authentication which is sent is in the form of a hash, which can then be cracked to reveal the logged in user’s password.

When performing security assessments, most consultants will be familiar with this security issue because of their use of the Responder tool by Laurent Gaffie. This tool can force clients on a local network to disclosure their hashes using LLMNR, NBT-NS and MDNS poisoning. 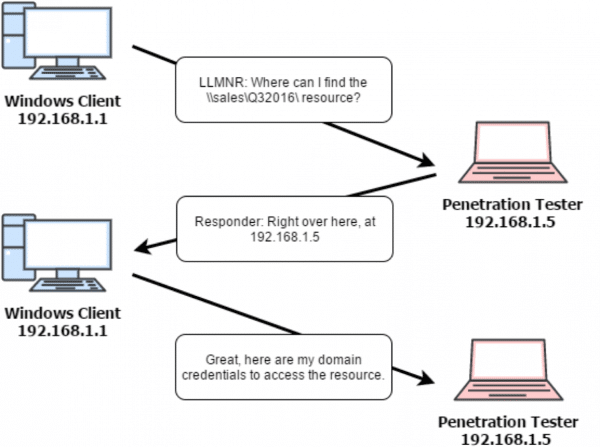 However, an alternative to hash disclosure via a local network attack, is to force hash disclosure via tricking a user into opening documents. This can be via email phishing, loading them into a network share, sending them over a corporate chat program, hosting them on a web server and several other techniques.

So from what I’ve seen so far, these document-based attacks disclosure the hash after 4 different types of user interaction.

A number of excellent blog post have been written on this subject, covering many different file types and how to create them manually. However, these are spread across several different sites, blogs and research papers. Indeed, I may have even missed a few file types myself, so please leave a comment below or tweet me after checking out ntlm_theft, and I will do my best to add even more attacks to the tool.

So, what I have attempted to do here is condense these down into a single blogpost, and to provide you with a tool to quickly generate the attack documents. This should be especially useful on Linux where you may not otherwise have access to Microsoft Office to create some of the documents.

Another benefit of ntlm_theft is that you can visually see all the different NTLMv2 theft file attack types you can use, test to see which ones still work, check them against AV and see if they can bypass email gateway security systems.

In ntlm_theft, there are 18 attacks which I’ve tested against a fully patched version of Windows 10, Microsoft Word, Microsoft Excel, Windows Media Player, Chrome, Internet Explorer, Microsoft Edge and Java, and all of them still work except for four (SCF, Autorun.inf, desktop.ini and Zoom), which are still included for attacks against older operating systems. Additionally, none of them are flagged by Windows Defender, as they are all “legitimate” files. 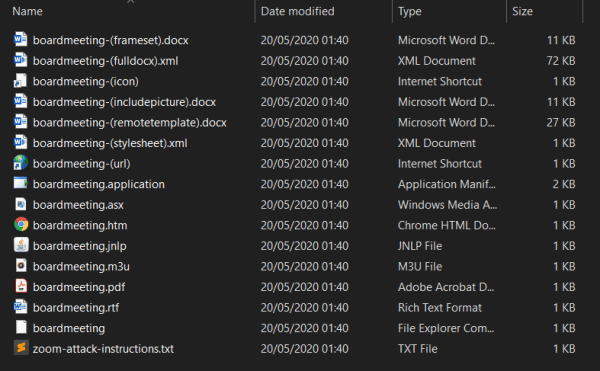 So, what can you use ntlm_theft for? Well beside the obvious answer of phishing, you can also use it to test your antivirus and email gateways. Simply generate the documents, move them onto your system and run an AV scan on the folder it creates. Alternatively send each one in an email through your corporate email gateway, and check to see which ones are flagged and which ones get through.

ntlm_theft can be run with a number of different options. You always specify the IP address of your collection SMB server, and a basename for the files, then you choose to either generate ‘all’ the file types, a specific file type (such as .rtf) or only the modern currently working file types. This can be seen in the examples below:

Over time I aim to update the tool as these attacks are removed from the latest version of windows, so using the ‘modern’ flag should be the most reliable against modern windows versions.

To mitigate against the risks of NTLM phishing documents, I would recommend taking the following 3 actions.

I just wanted to end with a quick thank you to Ired, Securify, Pentestlab, deepzec, rocketscientist911, and Osanda for your original articles and tools on some of these attacks. I would not have been able to build this tool without your shared knowledge.

Thank you very much for taking the time to read this blogpost, I hope you found it informative and useful, and I wish you the best of luck with your NTLMv2 security testing!